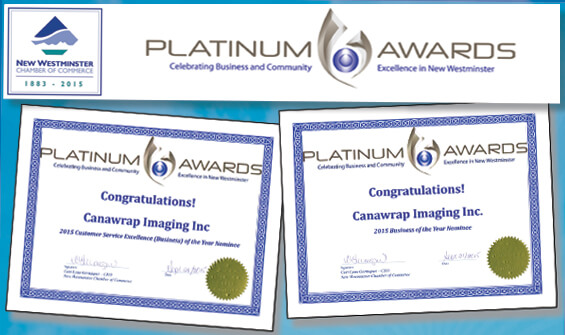 The 2015 Platinum Awards Nominations Are IN and CANAWRAP SNAGGED TWO?!

We are VERY excited to announce that Canawrap has been nominated for two 2015 Platinum Awards!

The awards are organized by the New Westminster Chamber Of Commerce and the winners will be announced on November 5th 2015 at The Awards Ceremony where we will be in attendance.

We want to thank everyone involved in this process as well as the New West Chamber specifically, we appreciate the recognition and will continue to do our very best as service providers to our customers!